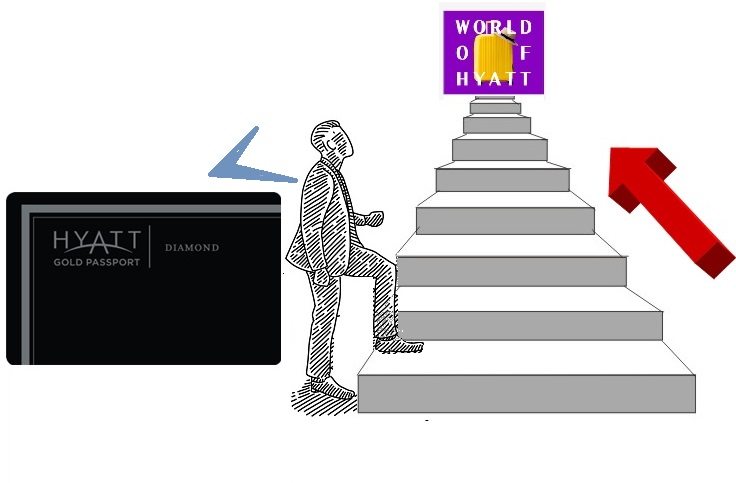 There is a famous adage- “Don’t judge a book by its cover,” i.e. things are not the same as they seem to be. The similar thing applies to World of Hyatt-one of a ridiculous logo-bearer and upcoming successor of Hyatt Gold Passport.  Yes, we are going to comprehend the radical changes and analyze the former and the latter and the consequences of such alterations.

The basic idea behind the change might be filtering out pseudo-loyalists from very active customers in financial aspects. Again it is just a speculation. There is no absolute analysis, and the choice will differ from person to person.

Change in Tier System
1 of 1

Converting the present 2-tier system into three does lead us to ponder upon the changes introduced. But is it justified? Of course, it makes sense that the new labels –“DISCOVERIST,” “EXPLORIST” and “GLOBALIST” make one feel like a traveler irrespective of his position in the tier.

Hyatt’s strategy can be viewed like this – “Increasing the prize with an equal increase in hurdles towards approaching it.” That is the first thing which came to my mind after I had an overall picture of it. But is it fruitful, taking into account the limited number of properties Hyatt has on a global scale? The technique for promotion proposed by Hyatt seems not that convincing. I want to apprise readers that the count is just 600+ which make Hyatt little less prominent among its big brothers in that domain like SPG/Marriott, IHG, Hilton, Ritz Carlton, etc.

Hyatt has, under it, 27 properties in India consisting 6 of its brands namely Grand, Regency, Park, Andaz, Hyatt Hotels & Hyatt place.

Let us look upon some of the modifications proposed by Hyatt to be brought this year with the introduction of World of Hyatt.

World of Hyatt shall offer satisfaction to customers who are in the middle of an elite spectrum, unlike Hyatt Gold Passport. Because at present Platinum guests enjoy almost nothing as compared to their Diamond counterpart, but the latest proposal makes it fair by including the EXPLORIST label which can be achieved after 30 nights per year.

The most disappointing statement –Points won’t be a basis for status qualification after March 1, 2017.

In the travel & leisure industry term, one stay is marked by a check-in and check-out. It might shake the aspirations of those diamond elites who have relied on these stays to achieve the rewarding GLOBALIST status of World of Hyatt program. Points generated,  through nights & by spending bucks in different areas, do count towards qualifying for new elite status but it is clear now that the strength of Hyatt’s loyalist will decrease through this policy especially in Indian scenario where most Hyatt customers want an optimal output with limited expenditure.

The Present– Hyatt Gold Passport is by far considered the most versatile loyalty program. It touches all spheres, thus providing satisfaction in every option; options which cover quality products, post valuation, elite benefits and earning & redemption. For customers who often get Las Vegas fever, the program offers privileges as Hyatt has good relations with MGM Resorts which perceive platinum and diamond elites as elites at their corresponding M Life status in its program.

Some features which were seen in HGP program:
As of now Point + Cash option is the most talked about feature.
Hyatt Diamond is the most coveted hotel status.
There is no doubt that all diamond members would still like the loyalty program that is currently in operation and may not favor the changes as the new program would appeal to them as being revenue based.

The upcoming – World of Hyatt shall offer much to its guest who qualifies for its top-tier status; it facilitates those diamond elites who shall meet either high revenue requirements or a high number of nights.

All other diamond elites have to re-qualify themselves by scoring the above factors, or they have to settle for EXPLORIST status, the second on the tier. Last but not the least, successfully re-qualifying Platinum status members would get DISCOVERIST status for 2017.

After going through facts, I feel that only GLOBALIST status is worth mentioning which is at the top tier of the new program and gives an edge to its guest.

To make you realize the advantages, here are a few powers specifically a GLOBALIST elite shall enjoy–

Some unfavorable changes that the top elites have to comply with are –
The welcome amenity valuing 1000 points will not be provided.

But that can be ignored looking at the privileges earned at the given position.

Everyone believes that evolution is always for the better.  But for a substantial number of diamond elites the theory of evolution is going wrong – it straight decreases the count of Globalist aspirants. However, in an attempt to engage high-end travelers, Hyatt may succeed.

As I mentioned, hotel stays is no more going to be one’s companion to earn points. Rather the value of 5 points per $ needs a diamond elite to either spend 20,000 $ (100K points) to qualify for Globalist status or take the non-preferable route – 60 eligible nights. I believe Diamond elites are less likely to do that.

To sum it up, we can say that though the new loyalty is more rewarding in nature yet Hyatt has set the standards so high that a fair competition between pro-travelers and amateur ones is visibly reduced in days coming ahead because money shall matter to a great extent.