Carlson Group of hotels was founded by Curtis Carlson.

Carlson founded the Gold Bond Stamp Company in 1938. Carlson used “Gold Bond Stamps”, a consumer loyalty program based on trading stamps, to provide consumer incentive for grocery stores. Carlson was the first entrepreneur to develop a loyalty program for the grocery chain through the issuance of trading stamps. What began as a simple loyalty program for grocers in the Midwest grew into one of the largest service providers of frequent shopper / buyer programs across a variety of retail and hospitality sectors.

Carlson expanded his offerings by purchasing the downtown Minneapolis Radisson Hotel in 1960 and building it into a national chain. He also acquired TGI Fridays, Carlson Leisure Group and hundreds of other hospitality businesses.

The group was formed in 2012 when Carlson – a US-based private company founded by American entrepreneur Curtis L. Carlson – joined forces with the Brussels-based Rezidor Hotel Group as a strategic partnership.

The two companies had strong links, dating back to 1994 when Rezidor – formerly known as SAS International Hotels (SIH) – signed a master franchise agreement with Carlson to manage the Radisson brand in Europe, the Middle East and Africa (EMEA), creating the pioneering partnership of Radisson SAS.

The branding is intended to better leverage awareness of the Radisson brand name globally. As part of this, they’re also rebranding some of their individual hotel brands. For example, earlier in the year “Country Inn & Suites by Carlson” was rebranded as “Country Inn & Suites by Radisson,” and “Quorvus Collection” is in the process of being rebranded as “Radisson Collection.” They also plan on improving the quality of some Radisson properties in the Americas, to make them more upscale.

Now that Carlson Rezidor Hotel Group has been rebranded as Radisson Hotel Group, Club Carlson is being rebranded as Radisson Rewards. This will align with the group’s new corporate identity and make it easier for members to associate their benefits with the various brands. Members will maintain their current points balances, so you have nothing to worry about in that regard.

Here’s what Eric De Neef, Radisson’s EVP and Global Chief Commercial Officer had to say about this change:

“Embedding the Radisson name into the heart of our program, will help us instantly boost the global brand awareness of our loyalty program. Radisson is a name that’s instantly recognizable, respected and stands for award-winning, innovative hospitality. Our refreshed program will serve as a powerful driver of our commercial and brand awareness strategy, and build a stronger relationship with our members. The Radisson affiliation across the entire global brand portfolio and all markets, will ensure that our members worldwide can easily associate their rewards with the hotels where they earned their valuable points.”

What changes are being made to Radisson Rewards?

Radisson Rewards is changing the tier names to be more in line with typical loyalty program branding:

On top of that, Radisson Rewards will make it easier to earn status, which makes a lot of sense, in my opinion. It sure seems like their thresholds are unnecessarily high given the fairly limited elite benefits they offer. The number of elite qualifying nights required for status will be reduced by 15-40%, as follows:

These new thresholds will be applied in 2018 based on 2017 activity, so many people will find themselves with a higher elite tier than expected in the coming days.

Other than that, the points earning and redemption structure remains the same. 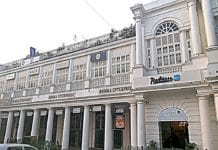 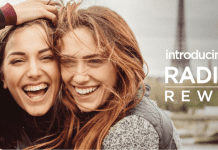