The news is slowly spreading that Indigo isn’t really sorry for the Rajeev Katyal getting beaten up.  Of course, no airlines want to have a story out for themselves. However, instead of taking any action to fix the issue that it doesn’t happen in future, they rather wanted to forget the incident as it never happened. There is now a new news coming from Times Now that the employee who shot the following video was fired while the culprits in the video are suspended and not fired. 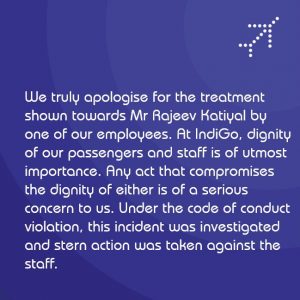 Montu Kalra, the airline employee who shot the video and turned a whistle-blower in the case, has claimed that he was in fact sacked from his job for shooting the video, while the employees who heckled the passenger, were still working with the airlines.

I am sure the employees are definitely sacked after news getting blown up in media today.  Civil Aviation Minister Ashok Gajapati Raju said he had sought a report from the Directorate General of Civil Aviation (DGCA). “Have sought a report from DGCA. Violence of any sort is deplorable and should result in criminal action,” Raju was quoted by ANI as saying. However, Delhi police said no complaint had been lodged by the passenger Mr. Rajiv Katiyal.

Of course, Mr. Rajiv Katiyal may take up his time as he knows that it would take a while to get justice if he does lodge a criminal complaint against employees and the airline.

For Indigo, it doesn’t look like they are really sorry. They are sorry because they got caught. There was no recording in PV Sindhu case and they got away with that. 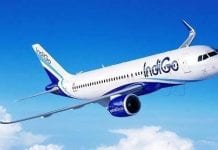