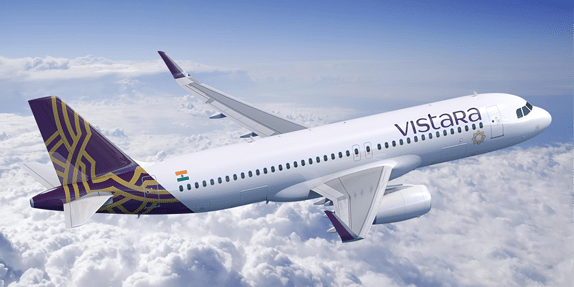 The airline that was founded in 2013 as a joint venture (JV) between India’s conglomerate Tata Sons and Singapore Airlines (SIA). The two companies made a bid in the mid-1990s to launch a full-service carrier in India that was unsuccessful, being denied regulatory approval by the Indian government.  With India opening up its airline sector for foreign direct investment (FDI) in 2012, Tata and SIA once again decided to float a JV airline company in India.  The new venture was named Vistara. The company’s earlier first venture, Tata Airlines, was established in the 1930s and later became the flag carrier Air India after nationalisation.

Now that Vistara has been here for quite some time, they are looking for expansion plans, domestic as well as international.

Vistara is likely to speed up expansion as part of its plan to fly overseas, a top company executive said, even as the airline looks likely to face hurdles in getting planes and crew fast enough.

The civil aviation ministry on Wednesday removed the stipulation that airlines must operate in India for at least five years before venturing abroad while retaining the rule that mandates a minimum of 20 planes before starting overseas flights.

Vistara, which started in January 2015 and was lobbying to scrap this rule, still has only 11 planes.

Under its current plan, it expects to acquire a total of 20 aircraft by 2018. This when India’s largest airline, IndiGo, plans to add 29 planes this fiscal year itself.

The cost and size of fleet expansion have to be right, Vistara CEO Phee Teik Yeoh said, so that “we don’t suffer from indigestion”.

The $100-billion Tata group holds a 51% stake in the airline, while Singapore Airlines owns the rest. It flies to 17 destinations with 457 weekly frequencies.

Yeoh explained why more planes could be a better idea now.

“Now that our brand presence has gone so huge, even in Bengaluru, we are more confident of ramping up our utilization. Initially, we had kept our utilization low. We have now confidence to ramp it up,” he said.

Do you think Vistara expansions plan would help it to come in the Green?